I have a (smart) farm in… the Middle East 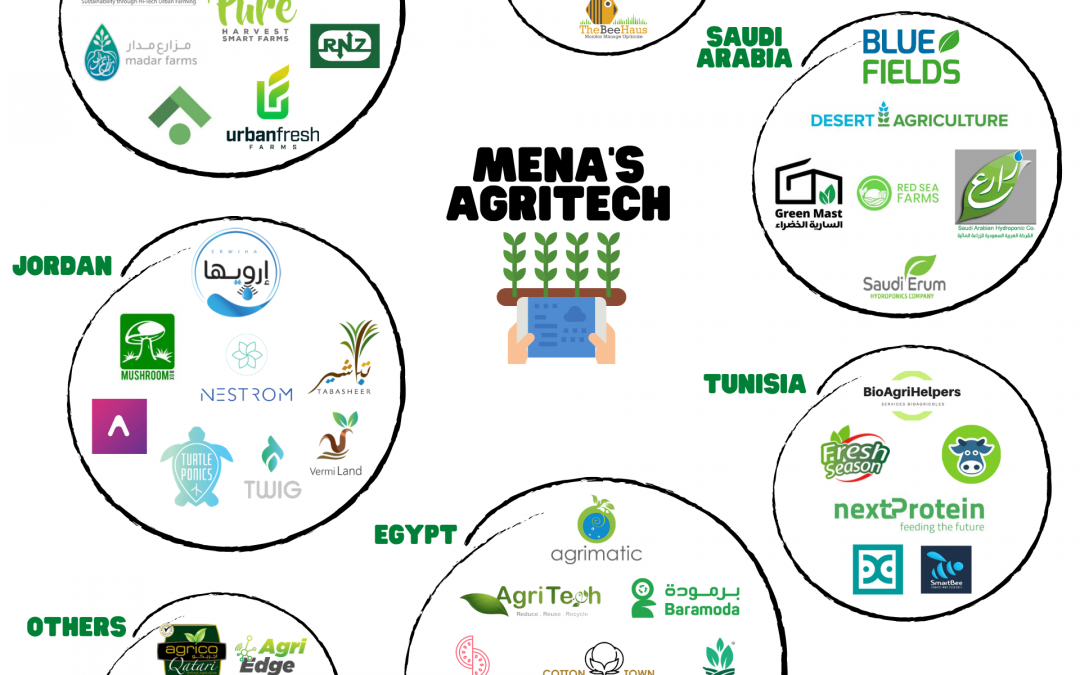 How many of you have ever considered investing in agritech? Let’s be honest—it’s definitely not that appealing compared to other sectors, partly because it’s too capital-intensive. Just recall the seed round of Pure Harvest, one of the best known agritech co’s in the region, which brought together 31 investors. Times have changed ever since.

Food security has become the region’s top priority and there hasn’t been a better time to look into the region’s agritech and its potential. Get your shovels ready 👨‍🌾

Farming is the new kid on the block (or the oldest?)

Globally, agritech funding has so far reached $4.1 billion in 2020 and it is poised to reach a new volume high. Agriculture is our future and it should be among the top funded sectors because its sustainability dictates our survival. The pandemic only further highlighted the region’s food insecurity and over-reliance on food imports. Why shouldn’t we be able to source the tomatoes for tonight’s fattouch from a farm few kilometers away rather than from another continent?

While the region possesses only 1% of the world’s fresh water, agritech offers a wide pallet of solutions to tackle to local climate and conditions. Many institutions around the region have already recognized that securing domestic food production is a must: UAE created a post of the Minister of State for Food Security back in 2017, Kuwait’s KFAS is welcoming farm-to-table digital solutions, Bahrain wants to boost their hydroponic farming… Qatar’s local production of fruits and veggies reached almost 30% (up from 10% three years ago). Lebanon operates an agri-innovation hub Agrytech, Jordan has its HASSAD and Morocco recently launched Green Generation 2020-30 strategy. The region is getting pretty busy.

2020 saw the largest ever investment in an agritech company in the Middle East: Wafra’s $100 million commitment to Pure Harvest. The latter also recently secured a $35 million deal with Kuwait’s The Sultan Center to build a high-tech farm in Kuwait.

But Pure Harvest is only a seed in the MENA’s agritech field. Scroll down for an overview of our major agritech startups. They fall under diverse verticals, including controlled environment agriculture (CEA), organic fertilizers, drone planting and workforce management. 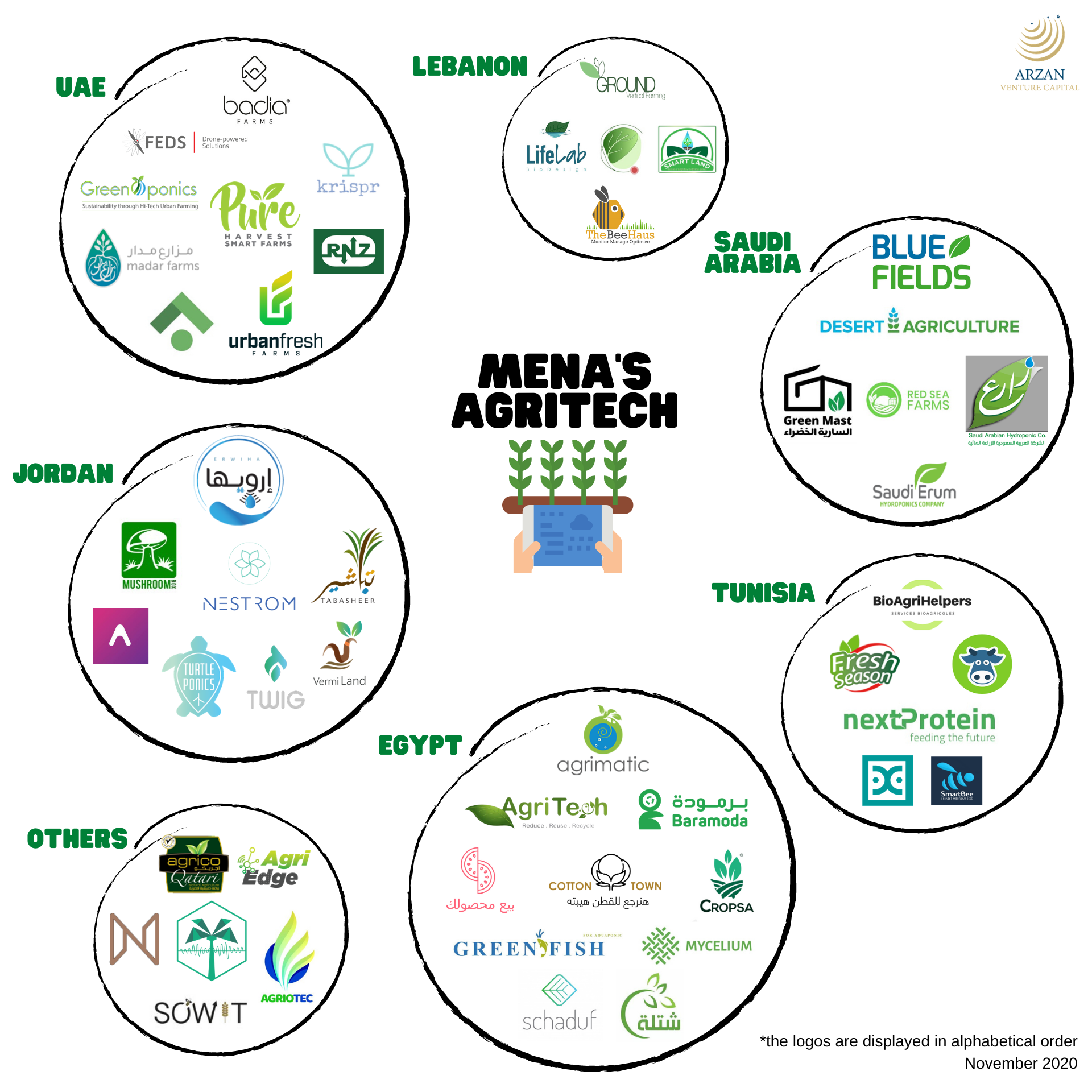 In Egypt, Bea Mahsolk offers a platform for farmers to sell their produce. Schaduf is specialized in urban farming and green solutions. Baramoda helps farmers to maximize the efficiency of agricultural waste.

On the other shore of the Red Sea, Jordan’s Nestrom aids digitization of farm operations. Turtleponics designs aquaponic systems for homes. And Mushroom Box, as its name indicates, provides smart incubators for growing mushrooms with self-control.

In Saudi Arabia, Desert Agriculture and Green Mast have the answer to the region’s climate and limited water resources: hydroponic farming tech. Red Sea Farms attempts to reduce the carbon and water footprint of the local food sector.

Tunisia’s MooMe collects data on dairy cows. Smart Bee has solutions for hive monitoring and so does Lebanon’s TheBeeHouse. LUXEED Robotics endeavors to develop a robot that would kill weeds in onion and lettuce lands.

Food insecurity and over-reliance on exports have prompted the region to look for home-grown agritech solutions that tackle the local conditions while delivering high quality produce at fair prices. Agritech is certainly becoming a popular investment. Most of the region remains underdeveloped and there is an immense potential in boosting the local-for-local food production.

Starring in Forbes again
Swvl, Trukker, Ikcon and Crowd Analyzer were listed in the Forbes’ 50 most funded startups of the Middle East. And Ikcon landed the cover of October 2020 issue.

We can only wish.